ALL ABOUT THE BEWITCHED THEME MUSIC

The following 4 paragraphs from 'TV's Biggest Hits' by Jon Burlingame, Schirmer Books, ©1996
In 1963, well known songwriter-publisher Don Kirshner sold his company 'Aldon Music' to Columbia Pictures-Screen Gems and became president of the company's music division. The agreement included the contracts of several top songwriters for the pop market, including Neil Sedaka and the hit-producing songwriting teams of Barry Mann/Cynthia Weil, Carole King/Gerry Goffin, and Howard Greenfield/Jack Keller. Composer Keller and lyricist Greenfield wrote the hits 'Breakin' in a Brand New Broken Heart, 'Ev'rybody's Somebody's Fool, 'My Heart Has a Mind of Its Own' for Connie Francis, and 'When Somebody Loves You' for Frank Sinatra. With Neil Sedaka, Greenfield had also written 'Breaking Up Is Hard to Do,' 'Calendar Girl,' and 'Where the Boys Are.'

Greenfield and Keller, still writing in New York's Tin Pan Alley, were assigned to view the pilot for the sitcom 'Bewitched' starring our very own Elizabeth Montgomery. Jack Keller recalled, 'the pilot had used Frank Sinatra's 'Witchcraft,' but they didn't want to pay for 'Witchcraft,' so they asked us to write something. We only had a week to write the song, do the demo, and get it out to California, and they accepted it and they put it on. The show was a smash.

The series, however, adopted an instrumental version. The animated main title - of a gorgeous witch riding sidesaddle on a broom across the night sky, writing the word 'Bewitched' over the city - was underscored with a light orchestral arrangement by series composer Warren Barker. (There was talk of a vocal during the second year, Keller said, but 'they didn't want to spend $2,500 to pay for that portion of the session that Jerry Vale agreed to do.') Barker was called to do 'Bewitched' on the basis of an album that he had recorded using the exotic instruments that actor William Holden had collected on his around-the-world travels. 'The producer thought it was exactly the type of music that they were looking for. It was full of bells and tinkling sounds, and they thought that it fit the mood of 'Bewitched,' Barker said. The xylophone signature for Samantha's trademark nose-twitch was Barker's idea, and he incorporated it into the main title. 'We caught a lot of the action musically,' Barker said, 'and because things happened so fast on the show, most of the music cues were very short. If we had a cue that lasted ten to fifteen seconds, that was a long piece of music.'

Greenfield and Keller also went on to write the theme for one of my other all time favorite shows 'Gidget' with Sally Field ('Wait'll you see my Gidget, you'll want her for your Valentine . . .') as well as for 'Camp Runamuck', & 'The Wackiest Ship in the Army'. Keller had an even bigger hit with 'Seattle,' the theme for the David Soul/Bobby Sherman western sitcom 'Here Come the Brides', which he co-wrote with Ernie Sheldon.

There are quite a few versions of the theme song heard during various years of the show, as well as some different versions which are available on CD today. I have even heard a local symphony orchestra play it to the applause of a very approving 'baby-boomer age' audience. I think everyone, including today's kids can hum the tune!

NOTE: Help playing sounds/movies is here if you need it.

Opening Themes No Longer In Use Today

Major advertising sponsors for Bewitched included Chevrolet, Quaker Oats and Oscar Mayer. All 3 of these sponsors were 'big enough' to influence modifications in the opening theme music and cartoon graphics. These openings and graphics are not shown anymore, but we have them here for your viewing and listening pleasure! Listen carefully to each one for variations in levels of embellishment, different instrumentation and of course the announcers lines advertising their products.

Click on the flying Chevy logo below to hear the old Chevrolet opening.

Here we have the opening theme in Japanese - they have a Japanese narrator speak as the cartoon opening plays! Hear it here.

The Bewitched Theme Has Been Performed By Others!

And last but not least, this version of the theme was released on a CD called Television's Greatest Hits Vol. II. It was recorded just for this CD. I like it a lot, it is very sweet! Hear it here (130K, streaming).
I am working on more coming soon! If you have other versions of the Bewitched theme you would like to send us for use on this page, let us know!
Lyrics To The Bewitched Theme:
Note: The Hollywood Palace singers/dancers and orchestra did a nice rendition of the theme song when Elizabeth hosted (and danced) on the Hollywood Palace in 1966. Here the streaming audio clip of the full song here.

You witch, you witch, one thing that's for sure,
That stuff you pitch - just hasn't got a cure.
My heart was under lock and key - but somehow it got unhitched.
I never thought my heart could be had.
But now I'm caught and I'm kinda glad to be--
Bewitched. Bewitched-witched.

Note: I have left these photos large so the music is readable, therefore it may be a little slow to download.

Hear A Bewitched Midi File Hear a simple but cute Midi file of the theme song. The better your sound card, the more instruments you will hear. You must use a program that supports Midi files to open and play it in, such as Media Player which comes with Windows (find it in c:windowsmplayer.exe), or if you are lucky, Netscape will find it's own odd little player to play it in when you click on the file. You may also associate a program such as Media Player in the helpers section of your browser setup, but I have had trouble with Netscape 3.0 holding the setting once the program is shut down. See if you have better luck. If the file looks like it is playing fine but you cannot hear it, you may need to turn up the volume (it is much quieter than the wav files) in whatever software you use to control volume. Example, if you have Sound Blaster, you would use a control in the Creative Mixer program. If you like the midi file, tell my husband Joe, he made it. Download it here.

Go to the Bewitched Sound Page and Jukebox here.

Hear Bewitched sounds from around the world here.

Back to The Bewitched/Elizabeth Montgomery Main Page

The main characters of My Healer novel are John, Emma. The book has been awarded with Booker Prize, Edgar Awards and many others.

One of the Best Works of Alanea Alder. published in multiple languages including English, consists of 270 pages and is available in ebook format for offline reading. 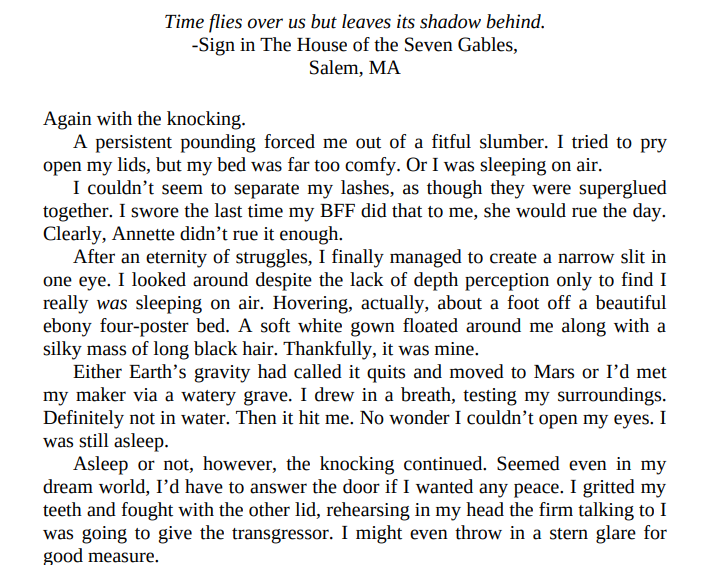 Other Books From Bewitched and Bewildered Series

Please note that the characters, names or techniques listed in My Healer is a work of fiction and is meant for entertainment purposes only, except for biography and other cases. we do not intend to hurt the sentiments of any community, individual, sect or religion