The Obsidian Chamber is a thriller novel by Douglas Preston and Lincoln Child.[1] The book was released on October 18, 2016 by Grand Central Publishing[2] and is the sixteenth book in the Special Agent Pendergast series.[3]

Retrieved from 'https://en.wikipedia.org/w/index.php?title=The_Obsidian_Chamber&oldid=1030793804'
IMPORTANT: This listing is meant to provide information only. Free-eBooks.net does not offer this book for download. To view our Bestsellers available for FREE: click here.
Author: Douglas Preston and Lincoln Child 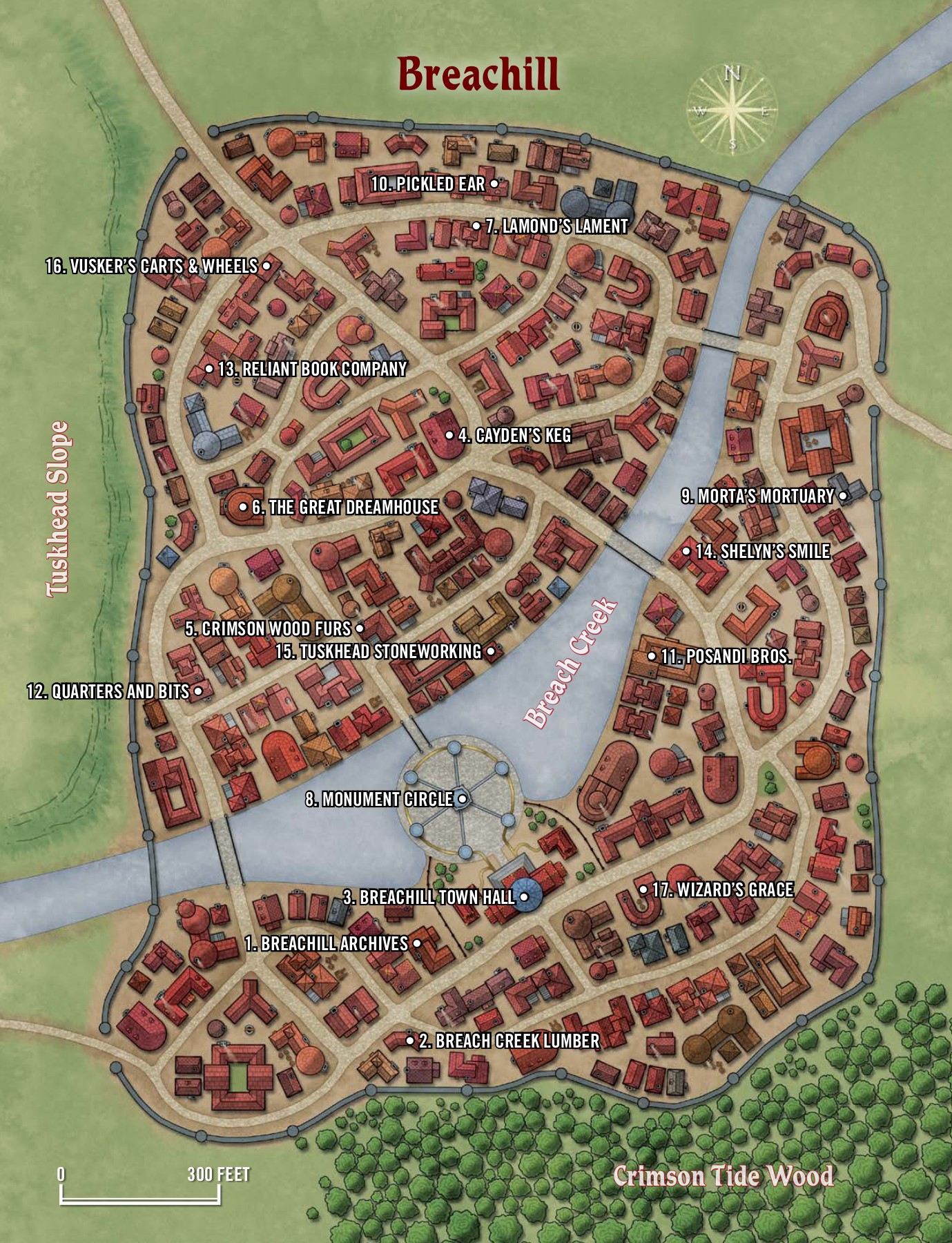 A TRAGIC DISAPPEARANCE
After a harrowing, otherworldly confrontation on the shores of Exmouth, Massachussetts, Special Agent A.X.L. Pendergast is missing, presumed dead.
A SHOCKING RETURN
Sick with grief, Pendergast's ward, Constance, retreats to her chambers beneath the family mansion at 891 Riverside Drive--only to be taken captive by a shadowy figure from the past.
AN INTERNATIONAL MANHUNT
Proctor, Pendergast's longtime bodyguard, springs to action, chasing Constance's kidnapper through cities, across oceans, and into wastelands unknown.
BUT IN A WORLD OF BLACK AND WHITE, NOTHING IS AS IT SEEMS
And by the time Proctor discovers the truth, a terrifying engine has stirred-and it may already be too late . . . 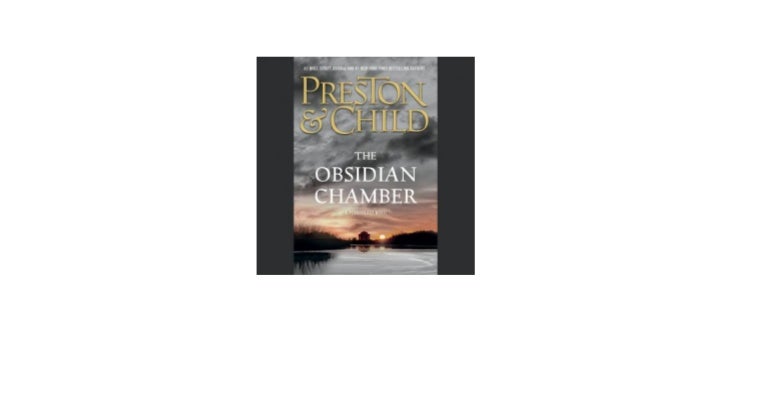 Douglas Preston was born in Cambridge, Massachusetts, in 1956, and grew up in the deadly boring suburb of Wellesley. Following a distinguished career at a private nursery school--he was almost immediately expelled--he attended public schools and the Cambridge School of Weston. Notable events in his early life included the loss of a fingertip at the age of three to a bicycle; the loss of his two front teeth to his brother Richard's fist; and various broken bones, also incurred in dust-ups with Richard. (Richard went on to write The Hot Zone and The Cobra Event, which tells you all you need to know about what it was like to grow up with him as a brother.)
As they grew up, Doug, Richard, and their little brother David roamed the quiet suburbs of Wellesley, terrorizing the natives with home-made rockets and incendiary devices mail-ordered from the backs of comic books or concocted from chemistry sets. With a friend they once attempted to fly a rocket into Wellesley Square; the rocket malfunctioned and nearly killed a man mowing his lawn. They were local celebrities, often appearing in the 'Police Notes' section of The Wellesley Townsman. It is a miracle they survived childhood intact.
After unaccountably being rejected by Stanford University (a pox on it), Preston attended Pomona College in Claremont, California, where he studied mathematics, biology, physics, anthropology, chemistry, geology, and astronomy before settling down to English literature. After graduating, Preston began his career at the American Museum of Natural History in New York as an editor, writer, and eventually manager of publications. (Preston also taught writing at Princeton University and was managing editor of Curator.) His eight-year stint at the Museum resulted in the non-fiction book, Dinosaurs in the Attic, edited by a rising young star at St. Martin's Press, a polymath by the name of Lincoln Child. During this period, Preston gave Child a midnight tour of the museum, and in the darkened Hall of Late Dinosaurs, under a looming T. Rex, Child turned to Preston and said: 'This would make the perfect setting for a thriller!' That thriller would, of course, be Relic.
In 1986, Douglas Preston piled everything he owned into the back of a Subaru and moved from New York City to Santa Fe to write full time, following the advice of S. J. Perelman that 'the dubious privilege of a freelance writer is he's given the freedom to starve anywhere.' After the requisite period of penury, Preston achieved a small success with the publication of Cities of Gold, a non-fiction book about Coronado's search for the legendary Seven Cities of Cibola. To research the book, Preston and a friend retraced on horseback 1,000 miles of Coronado's route across Arizona and New Mexico, packing their supplies and sleeping under the stars--nearly killing themselves in the process. Since then he has published several more non-fiction books on the history of the American Southwest, Talking to the Ground and The Royal Road, as well as a novel entitled Jennie. In the early 1990s Preston and Child teamed up to write suspense novels; Relic was the first, followed by several others, including Riptide and Thunderhead. Relic was released as a motion picture by Paramount in 1997. Other films are under development at Hollywood studios. Preston and Child live 500 miles apart and write their books together via telephone, fax, and the Internet.
Preston and his brother Richard are currently producing a television miniseries for ABC and Mandalay Entertainment, to be aired in the spring of 2000, if all goes well, which in Hollywood is rarely the case.
Preston continues a magazine writing career by contributing regularly to The New Yorker magazine. He has also written for National Geographic, Natural History, Smithsonisan, Harper's,and Travel & Leisure,among others.
http://us.macmillan.com/author/dougla...

Lincoln Child was born in Westport, Connecticut, which he still calls his hometown (despite the fact that he left the place before he reached his first birthday and now only goes back for weekends).
Lincoln seemed to have acquired an interest in writing as early as second grade, when he wrote a short story entitled Bumble the Elephant (now believed by scholars to be lost). Along with two dozen short stories composed during his youth, he wrote a science-fiction novel in tenth grade called Second Son of Daedalus and a shamelessly Tolkeinesque fantasy in twelfth grade titled The Darkness to the North (left unfinished at 400 manuscript pages). Both are exquisitely embarrassing to read today and are kept under lock and key by the author.
After a childhood that is of interest only to himself, Lincoln graduated from Carleton College (huh?) in Northfield, Minnesota, majoring in English. Discovering a fascination for words, and their habit of turning up in so many books, he made his way to New York in the summer of 1979, intent on finding a job in publishing. He was lucky enough to secure a position as editorial assistant at St. Martin's Press.
Over the next several years, he clawed his way up the editorial hierarchy, moving to assistant editor to associate editor before becoming a full editor in 1984. While at St. Martin's, he was associated with the work of many authors, including that of James Herriot and M. M. Kaye. He edited well over a hundred books--with titles as diverse as The Notation of Western Music and Hitler's Rocket Sites--but focused primarily on American and English popular fiction.
While at St. Martin's, Lincoln assembled several collections of ghost and horror stories, beginning with the hardcover collections Dark Company (1984) and Dark Banquet (1985). Later, when he founded the company's mass-market horror division, he edited three more collections of ghost stories, Tales of the Dark 1-3.
In 1987, Lincoln left trade publishing to work at MetLife. In a rather sudden transition, he went from editing manuscripts, speaking at sales conferences, and wining/dining agents to doing highly technical programming and systems analysis. Though the switch might seem bizarre, Lincoln was a propeller-head from a very early age, and his extensive programming experience dates back to high school, when he worked with DEC minis and the now-prehistoric IBM 1620, so antique it actually had an electric typewriter mounted into its front panel. Away from the world of publishing, Lincoln's own nascent interests in writing returned. While at MetLife, Relic was published, and within a few years Lincoln had left the company to write full time. He now lives in New Jersey (under protest--just kidding) with his wife and daughter.
A dilettante by natural inclination, Lincoln's interests include: pre-1950s literature and poetry; post-1950s popular fiction; playing the piano, various MIDI instruments, and the 5-string banjo; English and American history; motorcycles; architecture; classical music, early jazz, blues, and R&B; exotic parrots; esoteric programming languages; mountain hiking; bow ties; Italian suits; fedoras; archaeology; and multiplayer deathmatching.

Disclaimer: the information on this page has been made available through the API's of GoodReads, Amazon and The New York Times.